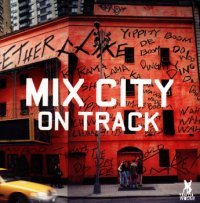 It sounds seventies, but was recorded in 2003 and it’s thirteen tracks from a trio of which the guy taking the lead role is primarily an organist, so that the music is mainly organ, electric bass and drums – not particularly progressive in the Nice sense, more early Tony Williams Lifetime without guitar or Gilgamesh with a decidedly French connection., even touches of Hugh Hopper and hints of old Soft Machine in there too. As long as you don’t mind relatively short tracks (the album lasts fifty-one minutes), it’s actually a seriously fine album with tracks that come in and out, state their case and are gone, but in the realms of Canterbury-esque music, for which form this is the closest, it’s really rather good.