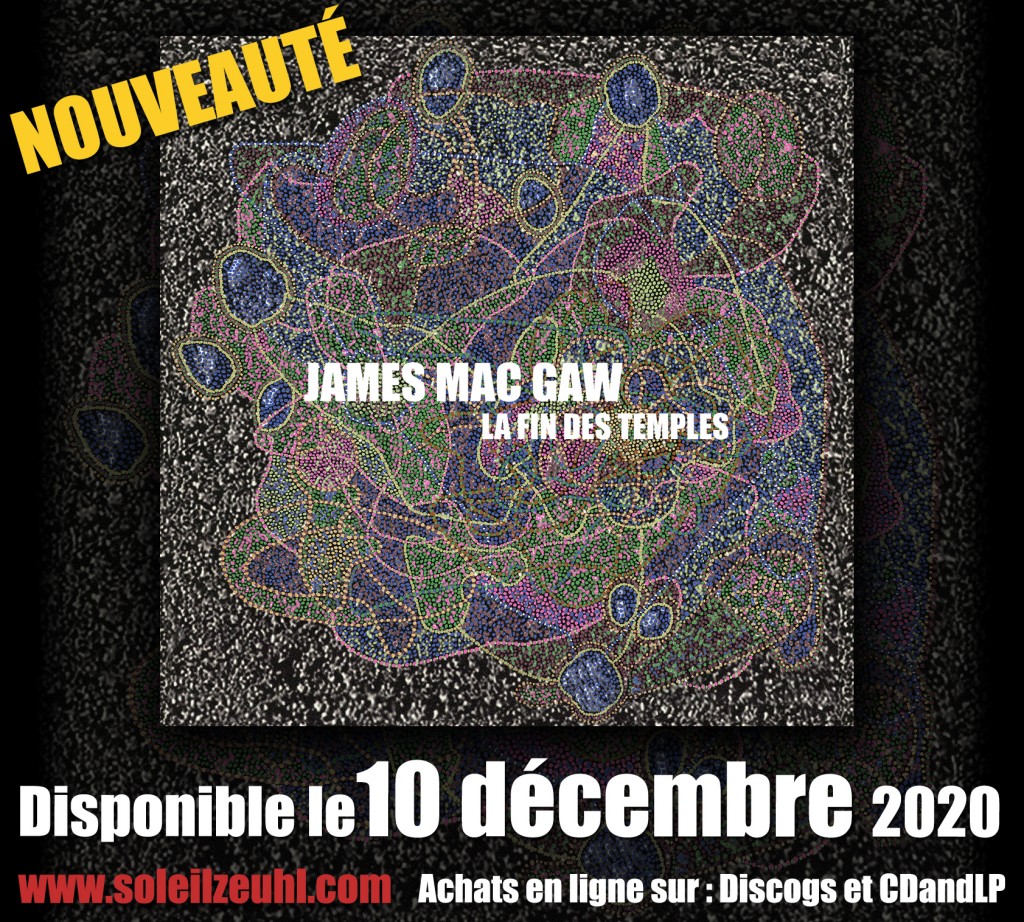 CDs for sale on discogs.com et cdandlp.com  - TO ORDER -
& download on bandcamp.com 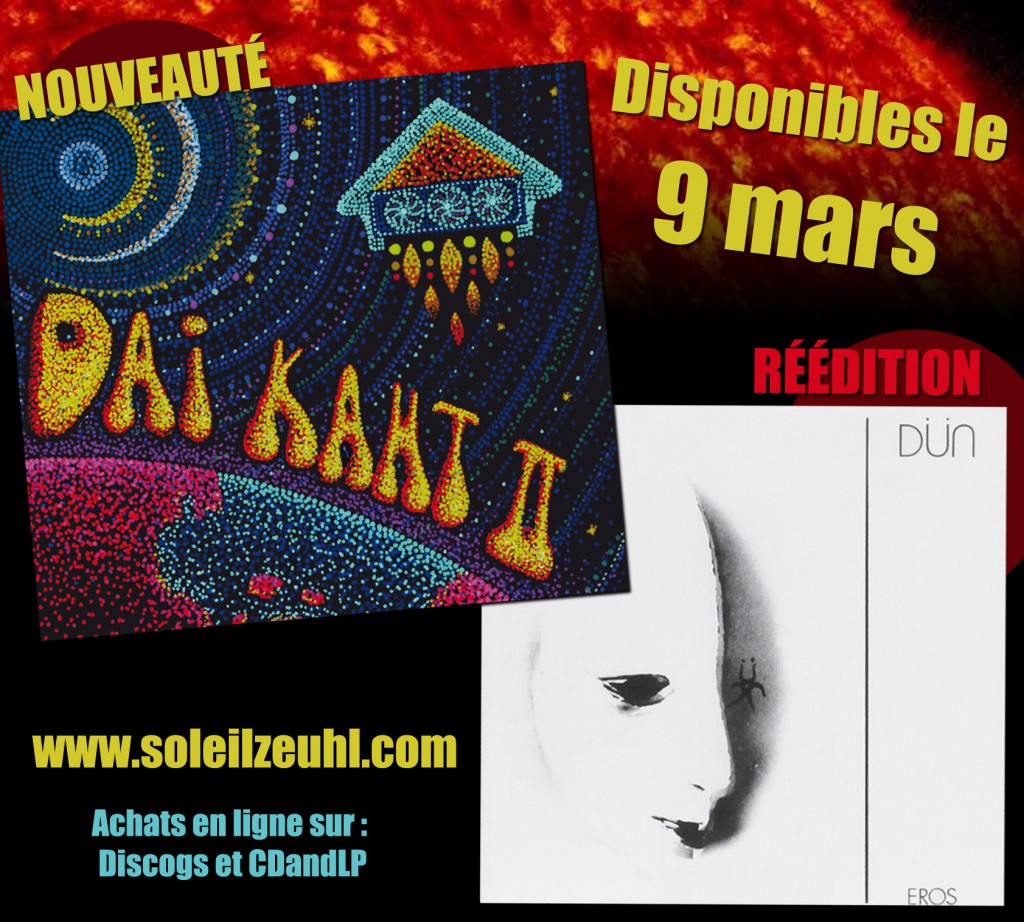 The music of LA FIN DES TEMPLES was written by James Mac GAW in 2004, then member of MAGMA & ONE SHOT. This long track was composed as an homage to the music of MAGMA.

In 2018 James decided to gather a group of musicians for rehearsing the piece, then record it for releasing an official CD. The recording sessions began in 2019, supervised by James as composer, productor and artistic director.

The album is now reaching the final steps of the recording, for an issue planned around fall 2020.

Also members of the crew :

In March DÜN “Eros” will be back in print ! The classic zeuhl/prog album, highly praised as one of the best prog/zeuhl albums of the French scene. A reprint of the 2012 remastered edition (by Udi Koomran). 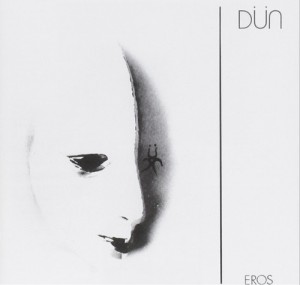 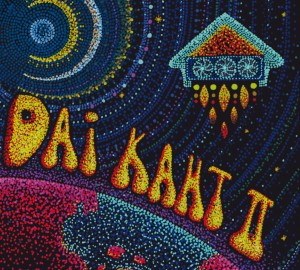 For various internal and market reasons, Soleil Zeuhl went through a lot of changes during fall 2019.  Trying to survive the record crisis, the label partly changed its staff and structure. As a consequence the online shops did move and are now focused on Discogs and CDandLP:

Soon (hopefully in January), we’ll announce the 2020 forthcoming releases. As a reminder, we recently issued UNIT WAIL’s 4th album “Egarés” which, we believe, is an excellent album and certainly their best so far.

Thank you everyone for the support since 1998 and especially to those who, in recent years, still buy physical records!

PRESENT – THIS IS NOT THE END -

The Belgian progressive rock band PRESENT will be working on the production of its 10th album over the course of 2020.

Collective rehearsals and studio recording sessions will take place in Brussels in February 2020.

The studio mixing work will then be performed in Tel Aviv by Udi Koomran, sound engineer of the group, over a period of about 2 months.

The album will be released and distributed worldwide by the label CUNEIFORM RECORDS (USA) during November 2020.

So, we ask you to help us with the edition of this 10th album entitled “THIS IS NOT THE END”, according to your means and the counterparties we offer you.

A big thank you in advance for your help!

A big thank you for MUSIC.

To access the site of the participatory platform ULULE is here > https://fr.ulule.com/album-present/ 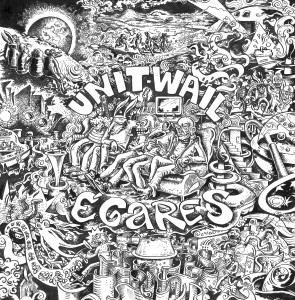 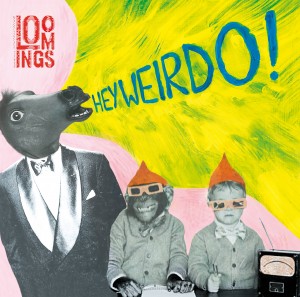 SUMMARY OF 20 YEARS OF ACTIVISM 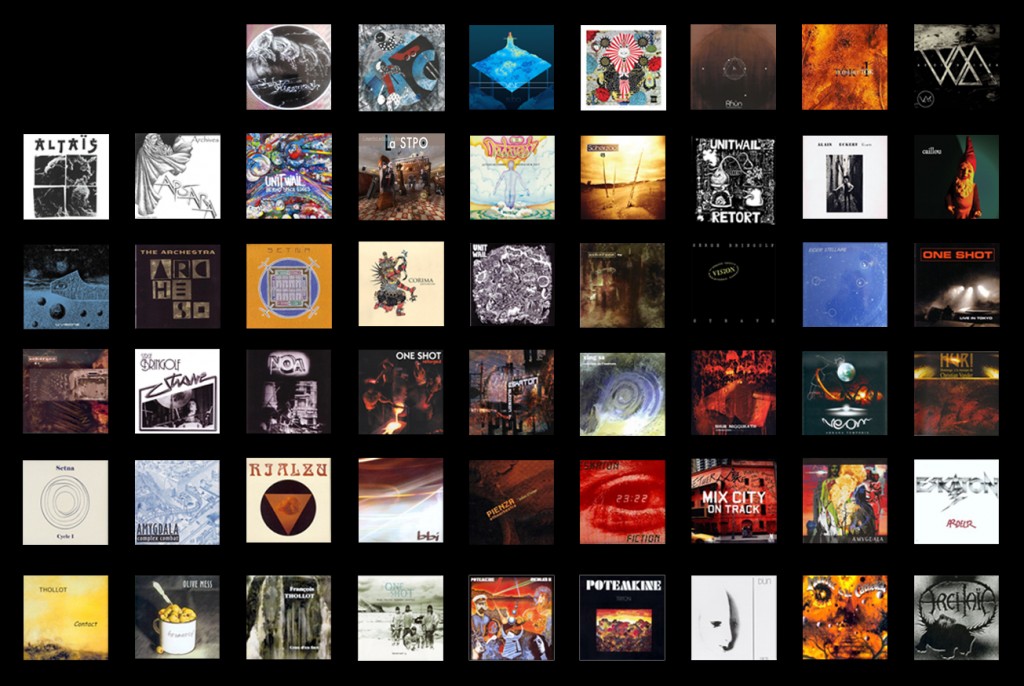 Soleil Zeuhl has been created as a non-profit organization in autumn 1998 by Alain Lebon. Back then, the idea was to reissue on CD the Zeuhl segment of the French 70s musical scene (to be short, the bands influenced by Magma), segment which was widely forsaken by the labels of the period, including those dedicated to reissues.

Without any experience into musical production, with only a bit of personal money and the will to do something, the initial organization of the label was obviously very DIY.

The release of the ARCHAÏA cd reissue (from 1977), made available in december 1998, marked the debut of the label. By chance, this album was featured on the legendary NURSE WITH WOUND list of innovative and odd albums. In spite of the lack of communication (the web was still in its childhood during the late 90s), the sales went fast – thanks to the NWW buzz. This unexpected success allowed SZ to go ahead.

In 1999/2000, the reissues of DÜN “Eros” (recorded into the legendary Sunrise studio in Switzerland : Art Bears, Henry Cow, Univers Zero, Aksak Maboul ..), and POTEMKINE (the glorious flag of the 70s musical scene in Toulouse) were also successful and the label acquired its own reputation.

In 2001, the meeting with ONE SHOT provided the opportunity to broaden the activity by producing new recordings (i.e. albums from active bands). Their live album ‘Vendredi 13’ was issued in fall 2001.

The crisis of the record market, since 2010 or so, did also hit the label and adjustments were necessary (development of direct sales, drop of nearly all physical shop sales).

In september 2013, for the celebration of its 15th anniversary, the label organized a live night at the ‘Zebre de Belleville’ (Parisian concert hall) with UNIT WAIL / SETNA / SCHERZOO and NEOM. The event was successfull and remains, up to this day, the sole live show of the label.

Right now (january 2019 – over 20 years after the label first days), the catalog features 55 releases, of which more than half are new recordings, showing evidence of the support provided to the contemporary musical acts – in spite of lower sales compared to reissues that benefit of “time patina”.

Thanks to everyone for the support during all these years ; let’s hope that, although the times are difficult (record market crisis, lack of media for non-mainstream productions, difficulties for bands to play live…), Soleil Zeuhl will be able to stay alive – grace to the commitments the small staff (unpaid volunteers), bands/musicians (alas also unpaid volunteers..) and all of you (faithful fans).